Wilhelm “Willie” Huber, the driving force behind Piller’s Meats and Delicatessens Ltd. of Waterloo, has died. He was 88. 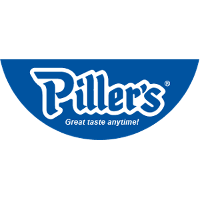 The Huber family immigrated from Austria in the 1950s and in 1957 Willie and George Piller each invested $500 to buy a small butcher shop in Waterloo.

The same year they bought 20 acres in the Northeastern part of Waterloo, still home to the main production facility and head office.

Huber’s brothers, Edward and Heinrich, joined the business in 1959 and Piller went on to other pursuits which included rendering plants, a hog-packing plant in Kitchener, joint investments with the late Donnie Martin of Martin Feed Mills in Elmira and several other Elmira businessmen.

The Hubers went on to win a number of prestigious awards, both in Europe and North America, for their sausages, and they increased sales to national distribution.

They captured the top-quality position in the large-volume category of the Canadian meat-packing business, taking over from J.M. Schneider Inc. which was purchased by Smithfield Foods, then Maple Leaf Foods.

Premium Brands of Vancouver, a company that was growing fast through acquisitions, bought Pilller’s in 2011.

Huber’s funeral is being handled by the Henry Walser Funeral Home in Kitchener.