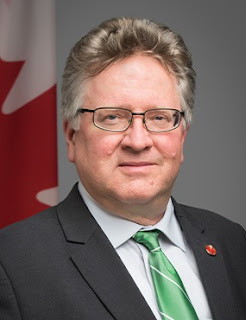 Senator Rob Black, well known for his work with farm organizations such as 4-H, Junior Farmers and Advanced Agriculture Leadership, has persuaded his colleagues to launch another national soil survey, the first since Sen. Herb Sparrow led the 1983 study, Soil at Risk – Canada’s Eroding Future.

Black said much has changed since that study.

For example, cities such as Toronto have expanded into farmland and developers have purchased large tracts that they lease to farmers who have less interest in long-term sustainability.

Black made the announcement at the Elora Raceway which uses its profits to invest in initiatives that benefit agrriculture.