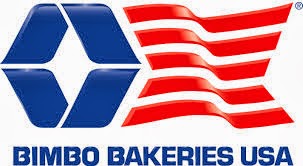 Grupo Bimbo, an aggressive Mexican bakery company, might emerge as a potential buyer for Canada Bread now that Maple Leaf Foods Inc. says selling the business is among the options it’s considering.

Bimbo is a low-profile, but significant, player in the Canadian market, operating out of offices at Cambridge.

Weston and Canada Bread dominate the bread business in Canada.

Maple Leaf built and opened a $100-million plant in Hamilton in 2011, consolidating operations from several smaller and older plants in Ontario.

Now it’s investing $575 million to centralize meat-processing at another plant in Hamilton that’s due to be fully operating next year.

There is speculation in the Toronto business news media that Canada Bread might be bought by private equity firms.

There is also speculation that if and when Canada Bread is sold, foreigners will make aggressive bids for Maple Leaf because it will be only operating as a meat company.

Among potential bidders for the meat business are JBS of Brazil, which bought XL Foods Inc. of Brooks, Alta., last year, Shuanghui International of China which is buying Smithfield Foods Inc. for $4.7 billlion and Cargill, which already owns Better Beef at Guelph and poultry processing plants in the province.

Boland pressured Maple Leaf to improve its operations for shareholders and won a battle to oust some directors from the board and now sits on the board. He also advocated selling the bakery division, but McCain rejected that idea in 2010.

Maple Leaf sold its turkey farms and hatchery in August for about $200 million and its Rothsay rendering business in September for $645 million.
by Jim Romahn