Meat packers are losing money in the U.S.

Beef farmers are made $129 per head last week but farrow-to-finish hog farmers lost $2 per head.

The situation for beef packers is a sharp contrast from last year when they faced outspoken criticism and the threat of federal government investigations. President Joe Biden’s administration launched a subsidy program to encourage the formation of more meat-packing companies.

Beef packer losses are now the largest since February, 2015. Last year the packers were making $378 per beef animal in the first week of December.

Average cattle feeding margins were estimated at $129 per head the week ending Dec. 3, according to the Sterling Beef Profit Tracker.

Costs associated with finishing cattle have increased dramatically since April. The cattle sold last week carried a total feed cost of $582 per head, which is 26 per cent more than for cattle sold the same week a year ago.

Cattle slaughter totaled an estimated 663,000 head, about 4,000 head fewer than the same week last year. Packing plant capacity utilization was estimated at 89.2 per cent compared with 92.4 per cent last year.

Lean carcass hog prices averaged $88.06 per hundredweight which is 30 per cent more than a year ago.

The pork packers are running at 96.4 per cent capacity compared 98.8 per cent last year.

In Ontario, there isn’t enough packing-plant capacity to handle either hogs or cattle coming to market, but the good news is that the Canadian dollar has weakened so much that it has been pushing up prices.

The federal minister of families, children and social development, Karina Gould, is leading the consultation on how healthy food could be provided at schools.

It is likely to touch off a frenzy of lobbying by commodity organizations such as the poultry and dairy marketing boards and associations that speak for grain, beef, pork, fruit and vegetable producers.

It will be far more vigorous than lobbying over the Canada's Food Guide.

It might even trigger a lobby from organizations representing organic food producers.

That’s what happens in the United States.

Gould said one in five children across Canada are at risk of going to school hungry and school meal programs can improve access to nutritious food that helps children grow and learn.

The government said a national policy should consider the diverse realities of children, families and schools and build on any existing programs. It says nothing about what food will be provided.

It is also hosting roundtable discussions with stakeholders such as the Breakfast Club of Canada, schools and children to help build the policy. Farmers are not mentioned.

Kirk McLean, the new president of the Ontario Pork Congress, hopes it will come roaring back bigger and better after a two-year hiatus because of the COVId-19 pandemic.

Before that pandemic, the Congress was growing and expanding, he said. All but nine booths were sold well before the deadline in 2019, he said in justifying his optimism.

The event on June 21 and 23 in Stratford will mark the 50th anniversary.

Before you dismiss it out of hand because it comes from the National Farmers Union, try reacting as if the response was presented by the Ontario Federation of Agriculture or the Christian Farmers Federation of Ontario. You might find a few things to agree with.

The NFU agrees with some of what Ontario Agriculture Minister Lisa Thompson outlined in the Grow Ontario Strategy, but “we are concerned that by prioritizing supports for large-scale producers and retailers, increasing agri-food exports, and incentivizing technological advancements . . . . it fails to strengthen short supply chains, sustainable and climate-friendly production systems, or agri-food sector labour standards.

The NFU-O supports efforts to increase consumption and production of Ontario grown food by 30 per cent, especially where this increased consumption reduces Ontario’s reliance on agri-food imports, it said in its response to Thompson’s policy announcement.

“It is disappointing to learn that the measures Ontario plans to implement will primarily benefit large-scale producers and retailers.

“Localized food production and distribution needs to be prioritized to make our food system more sustainable and reliable,” it said.

It said “where we need the most innovation is in supporting farmers in the transition to climate-friendly production systems.

“What would be truly innovative would be the establishment of an OMAFRA Organic Agriculture Extension Service or Research Branch that provides independent research and financial support programs to help farmers measure and monitor soil carbon and adopt practices to mitigate the climate crisis.

“Equally innovative would be the hiring of a dedicated OMAFRA Organic Agriculture staff specialist. An investment in the transition to organic agriculture, and understanding the biology rather than the chemistry or technology, are key to realizing increased crop yields and plant health in a climate-stressed future,” it said.

As for labour, it said “if the goal is to increase employment by 10 per cent in the sector, we will need to improve the labour conditions of agricultural workers.

“It is time that Ontario labour laws, including minimum wage laws, the right to form a union, and other key labour protections are extended to all farm workers.”

Jenn Pfenning of Baden is the new president of the National Farmers Union. 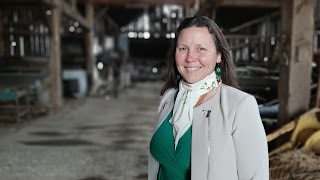 She is director of human resources, marketing and operations for Pfenning’s Organic Farm between Baden and New Hamburg.

She was also a councillor for Wilmot Township until she lost the recent election for mayor.

The Pennings developed the organic farm from humble beginnings to a major operation employing a number of local residents and temporary foreign workers.

She has a passion for healthy living, food justice and strong community.

She is the past President of the Ontario chapter of the NFU, has served on the board of directors for Foodshare Toronto for seven years and is past president of the Organic Council of Ontario.

She also served on the Waterloo Region Food System Roundtable and participated in a successful lobby against a Toronto developer’s proposal to build a large housing development next to their home farm by using a controversial Municipal Zoning Order.

And this year the costs went up by 10.1 per cent which was more than Charlebois predicted. He said people criticized his seven per cent estimate released a year ago as way too high.

"We're not expecting prices to drop, but we are expecting the food and inflation rate to to stabilize somewhat" in the second half of next year, he said.

Supply chain bottlenecks are starting to move again, and the price of gasoline has fallen precipitously, which makes it cheaper to ship food across the country. On the other hand, a slowing economy could push down the loonie, which will hit grocery shoppers hard since so much of what Canadians eat comes from outside the country, especially in the winter months.

The Food Report advises shoppers to use food apps to scour for sales, clip coupons to be on the lookout for bargains, and always keep an eye out for price cuts on food that's about to go past its best before date.

The Waterloo Region Food Bank said that last year a $1 donation bought three meals and now it will buy only two. 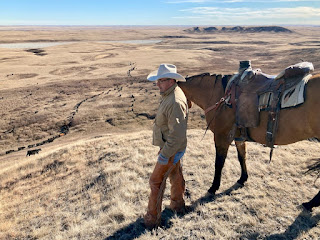 Reg Schellenberg, president of the Canadian Cattlemen’s Association, has died.

“His gentle demeanor and strong character are qualities that many of us in the industry looked up to,” said Nathan Phinney, who will now become president.

“He will be fondly remembered for being a tireless advocate for cattle producers, taking a particular interest in advancing the priorities related to animal health and care, as well as protecting and preserving our industry for the next generation,” he said.

Schellenberg was first elected as a Cattlemen director in 2010 and became president on March 25, 2022.

He served as co-chair of the Foreign Trade Committee from 2020 to 2022 and co- chaired the Animal Health and Care Committee with Pat Hayes from 2016 to 2020.