The McCain Foods plant at Carberry, Manitoba, is garnering $380,000 in subsidies from the federal and provincial governments to upgrade its potato-processing plant.

This is egregious waste of taxpayers' money. McCain Foods is one of the biggest, if not the biggest, Canadian food-processing company. It can surely pay for its investments without government handouts.

Add in the cost of borrowing the money to give to McCain, borrowed because both the federal and Manitoba governments are running deficits.

The company says it intends to add about 10 employees to its staff of 220 over the next three years.

McCain bought the plant in 2004. It was built 53 years ago and now processes about 430 million pounds of potatoes a year, most of them for french fries, 80 per cent of them exported.

“Reducing waste and increasing efficiency will help ensure Manitoba-grown potatoes continue to be a top choice for processors and consumers,” Kostyshyn said.
by Jim Romahn

Food trends for next year

The local food movement is going to become even more local, says Datassential, a food industry research company in the United States.

“The focus is on connecting with consumers through truly local foods, driven by small metro areas,” says the company.

“ In fact, small geographical distances can have a huge impact on what consumers see and want.”
Ethnic foods will be important, but not billed as ethnic. People of different ethnic groups will simply choose to dine on familiar foods. 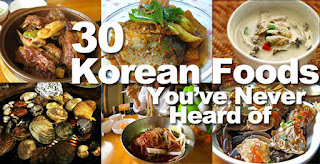 “This generation is more likely to prefer cuisines like Korean or Vietnamese to “American” or Southern. They don’t go out to eat for cuisines like “Mexican” or “Japanese,” they simply go out for tacos and ramen,” the company says.

Foodservice items will be moving into homes.

“Consumers are using technology to bring the best parts of eating out into the home, with a wealth of new on-demand delivery services and meal kit startups.

‘Investors are taking notice; it’s estimated that over a billion dollars will be invested in the space this year, up from $600 million in 2014.’

Almost no dish or ingredient is safe;  chefs and manufacturers are on the lookout for alternatives to almost everything.

Even foundational ingredients such as flour, milk or peanut butter are making way for alternative flours (chickpea, spelt, buckwheat), milks (almond, hemp, rice) and nut butters (cashew, pistachio).
“Smoked” dishes are being left on the fire for a bit longer and transformed into “burnt” and “charred.” Use of the terms have grown from two percent of menus a decade ago to seven percent today, and the technique can be applied to just about anything, from tomatoes to proteins to cocktail ingredients.

“Almost anything can be transformed into a savory version of itself, from savory oatmeals on the breakfast menu, which swap out maple syrup and brown sugar for sriracha and a poached egg, to savory yogurts and ice creams showing up everywhere from retail to fine dining.

“The United Nations has declared 2016 the International Year of Pulses, bringing awareness to these crops harvested for dry grain — lentils, beans, chickpeas, etc. Pulses are perceived as truly functional foods, not just because of their protein and amino acid content, but also because of their positive impact on the environment.

“Food halls” which combine foodservice and retail in a single location are ‘under development across the country while on-site segments (hospitals, colleges and universities) and retailers are taking inspiration from food hall designs.”

The researchers also say that restaurants and bars will combine several sections, or themes, under one roof, such as a wine bar, a sushi bar and a Rathskeller.
by Jim Romahn

A faster, cheaper test for mycotoxins is in the works.

Art Schaafsma of Ridgetown College has teamed up with Dr. Maria DeRosa and Dr. David Miller of Carleton University to develop the test.

If it works as well in field tests as in the lab, it will take much of the guesswork and waiting out of grain deliveries.

It uses a strip to gather sample material and ultraviolet light to show up mycotoxins if they are in the sample. The results are immediate.

That’s much better and more accurate than the current approach, which is visual inspection and, if mycotoxin is suspected, the gathering of a sample that is checked in a laboratory.
by Jim Romahn

Farm broadcaster Harold Smith, famous in the farming communities of Essex and Kent Counties, has died. 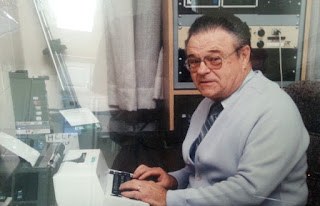 This is what CKNX, Wingham, has to say about his broadcasting career:

Harold Smith grew up on a farm in Dover, and eventually hosted the show (CFCO’s Farm Show) starting in 1962. His son Bob says Smith was filling a need in the Chatham-Kent agricultural community.

“He basically came in and pitched them on the idea they needed someone to do farm reporting,” says Smith “Especially in a market like that, which is so heavily agricultural, there were no farm reports to speak of.”

Smith worked on the farm for nearly his entire life. Bob adds he still feels the impact his father made on Chatham-Kent.

“I can’t tell you how many times I’ve bumped into people over the years who grew up in the area. Whenever he was on it was like ‘Shhhh, Harold Smith is on the air.’ I think we were the only family who didn’t get that, because he was home and already recorded it, so we didn’t need to listen to it!”

Smith says a private ceremony will take place and that a memorial service will likely be held in the spring.

Harold Smith is survived by his wife Ruth, his four sons Douglas, James, Bob and David, and many grandchildren and great-grandchildren.

He was inducted into the Kent Agricultural Hall of Fame in 1993.
by Jim Romahn

The Canadian Cattlemen’s Association spent $4 million on lawyers and consultants and related costs over the eight-yea battle.

The federal government isn’t saying how much it spent.

But hog and cattle farmers took a far greater hit from depressed prices for their livestock.
United States meat packers had to keep the Canadian livestock and meat separate in their processing lines to accurately label the meat.

Those losses were estimated at $3 billion a year.

The politicians finally voted to scrap the legislation after the World Trade Organization ruled the system illegal and granted Canada and Mexico the right to assess tariffs of more than $1 billion on U.S. products.