Harper's most recent remarks on the trade talks have created uncertainty for Canadian egg, poultry and dairy producers, Mulcair writes in a letter to the prime minister.

"I am urging you to commit to defending supply management in its entirety and reassure Canadians that it will be protected in all future negotiations," Mulcair writes in the letter, sent late last week.

He says nothing about gains Canada hopes to make for export commodities, such as grain, beef and pork, but, then again, he's more interested in protecting the gains the NDP made in Quebec in the last election than in mildly offending grain and livestock farmers.

"Concessions in supply management sectors could have profoundly negative effects on our regional economies," writes Mulcair.

"In Quebec alone, nearly 7,000 family farms exist and prosper thanks to supply management, which also accounts for 92,000 jobs and 43 per cent of total agricultural revenue."

Last Thursday, Harper said Canada is "working to protect" the supply management system while it participates in the trade talks. That's about as mealy-mouthed as a politician can get.

"I believe these negotiations are going to establish what will become the basis of the international trading network in the Asia Pacific.”

"At the same time, we are working to protect our system of supply management and our farmers in other sectors," he said without offering any details.

Dairy farmers are still waiting to see what compensation Harper will offer in connection with concessions on cheese imports from the recent trade deal with the European Union.

Canadian Press reports that Prince Edward Island's potato industry has increased the reward it is offering to $500,000 for information that leads to the arrest and conviction of whomever is responsible for inserting metal objects into potatoes.

The federal government recently announced it will spend $1.5 million to buy metal detection equipment to help find foreign objects in potatoes from the province.

The funding will be used to purchase and install detection equipment, while an extra $500,000 from the province is being used for on-site security assessments and training.

There have been several cases of metal objects being found in potatoes in Atlantic Canada, with most coming from a farm in P.E.I. 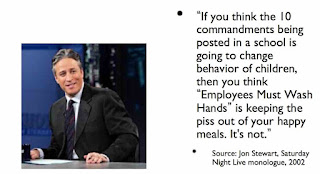 There has been no recall posted on the CFIA website. Not a peep out of them.

The public health agency says there have been 44 cases of salmonella illness in four provinces – 28 in Ontario, 12 in Quebec, 12 in Nova Scotia, two in Newfoundland and two in Labrador. Twelve people have been hospitalized. No deaths have been reported.

“The risk to Canadians is low, and illnesses can be avoided if safe food handling, preparation and cooking practices are followed when preparing these types of food products,” the statement urged, suggesting:

Potash Corp. has 20 per cent market share of the global potash market and K&S has eight per cent.

Potash Corp. is also a partner with Agrium Inc. and Mosaic Co. in Canpotex, an export cartel that has Canadian approval. Together they hold 37 per cent of the global market.

Monsanto has said it will sell Syngenta’s seed division if it is able to buy Syngenta.
by Jim Romahn

A proposal to phase out milk supply management


Martha Hall Findlay, former prominent federal Liberal, and Jack Mintz of the School of Public Policy at the University of Calgary offer the proposal in an opinion piece in the Globe and Mail.

Their plan is similar to one Australia used when it ended supply management.

Hall Findlay, who ran for the federal Liberal leadership, is the only politician with the courage to say supply management is extremely expensive and is not working for Canadians.

In Australia, “compensation and transition payments were funded by maintaining and collecting a small portion of the system’s existing price supports for a limited period of time.

“Some farmers cashed out for a decent retirement; those who stayed in the business became more efficient and more productive,” Hall Findlay and Mintz say.

Saputo Inc. of Montreal recently spent a small fortune to buy a processing company in Australia, rather than investing in Canada, with the intention of exporting to China and other Pacific-rim countries.

Hall-Findlay and Mintz propose an immediate phase-out of import quotas, which would bring the price of milk to the U.S. level.

“A more gradual approach would also delay Canadian farmers’ ability to begin exporting, and allow competitors from Australia, New Zealand and the U.S. to secure and consolidate their export-market shares,” they wrote.

Their plan would end any value for quota, which they estimate at $23 billion at $30,000 per cow.
by Jim Romahn