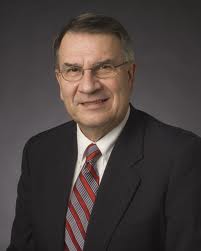 Purdue University economist Chris Hurt says hog farmers are heading into “a tsunami of red ink” that is going to be worse than 1998.

The pain is coming from more hogs and expected, sharp culling of the sow herd and record-high feed costs.

Hog slaughter for the last two weeks increased by six per cent, far more than the one per cent increase market watchers anticipated. This pushed prices down by $10 per hundredweight.

Over the 12-month period, that began July 1, losses will average $33 per head and total $4 billion for the U.S. hog industry, Hurt says.

He predicts the sow herd will be reduced by four to six per cent by January and even that won’t help improve prices for market hogs until next summer.

He said the $170-million government purchase program will reduce losses by less than $1 per head.
by Jim Romahn