A group of 22 French-speaking chicken farmers in Eastern Ontario has won a long legal battle with the Chicken Farmers of Ontario marketing board. 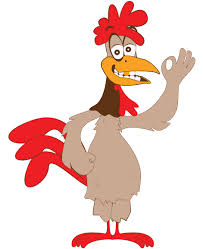 After many months of confrontations, both the chicken board and the Association of Ontario Chicken Processors backed down in court and agreed that the farmers can continue to market their birds to processors in Quebec.

They also won the right to deal in the French language.

While the judge ruled in favour of the farmers, details are apparently still under negotiation because the chicken board and processors have implemented a ban on trading chicken across the Ontario-Quebec border.

The victory for the Ottawa-Valley French-language farmers means that Quebec will end up with more birds than the originally-negotiated deal between the Ontario and Quebec marketing boards and processors.

A group of small-volume Ontario processors was deliberately kept out of the negotiations and one of them, CAMI International Poultry Inc., has been left far short of enough birds to keep its Asian-market customers satisfied with Hong Kong dressed birds (head and feet left on).

This is far from the first time the French-speaking chicken farmers in Eastern Ontario have been in tense battles with marketing board authorities.

It took years for the Ontario marketing board authorities to “discover” the large-volume production and then try to shut them down.

Eventually there was a truce which involved giving the farmers “national” quota so they could continue business as before.

Later still, the Ontario board incorporated them into its system and granted them Ontario quota. That meant that all other chicken farmers in Ontario yielded a share of the market to make room for these 22 producers.

One of the issues that will, no doubt, be under dispute now is whether Ontario will be compensated at the national level for the loss of birds to Quebec processors and whether Quebec producers will have to take a cut to make room for the birds from the 22 Eastern Ontario producers.