The Canadian Food Inspection Agency continues to crack down on transporters, judging by the fines it levied in the last three months of last year. 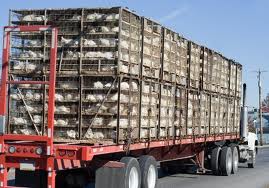 It identified 126 violations, but 82 got off with warnings.

It also shows that the CFIA collected $9,600 in fines in Quebec for violations of the animal identification act. There were none in Ontario and only one in Western Canada where the fine was $1,300.

There were four warnings under the Health of Animals Act in Ontario, four in Quebec plus one fine of $10,000 and one warning and four fines totaling $30,800 in Western Canada.

The CFIA postings no longer provide the names of the guilty.