Ontario spuds could be more profitable

Ontario-grown potatoes could be more profitable for everybody, according to a study released today by the Ontario Potato Marketing Board and the Value Chain Management Institute at George Mitges and Associates. 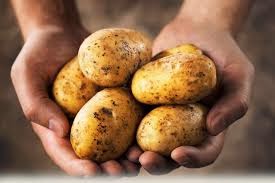 Consumers could benefit if the industry would provide more information about the nutritional benefits, the attributes of different varieties and if they could buy potatoes to suit how they intend to prepare and serve them.

Retailers would benefit from joint efforts to produce, package and present potatoes the way consumers want them. Total revenues would be higher, there would be less waste and there would be a team approach.

Farmers and packers would benefit from a steadier, season-long flow of potatoes and from higher revenues. As they begin to better satisfy consumers, sales would increase and they would learn what to produce, how to package it and how to develop industry-wide advertising and promotion campaigns.

Although the report does not explicitly say so, it recommends the formation of a national promotion agency such as the one set up by the beef industry and proposed for the raspberry industry. A national agency has the authority of the federal and provincial governments to collect a levy to fund marketing research, advertising and promotion.

What it does say is that the industry would benefit from a Canada-wide advertising and marketing campaign and a national approach to gaining regulatory and legislative authority to promote the nutritional values of potatoes.

That picks up on an idea the authors saw in South Africa where a national campaign promotes the nutritional value of potatoes by featuring the benefits for runners.

In Ontario, they found that farmers typically push whatever they harvest into the market as fast as they can, the packers put them into 10-pound  bags of “undifferentiated, inconsistently-sized” potatoes and the result is lower and lower prices until the potatoes sell at supermarkets.

It doesn’t help that two groups of potato producers in the province are “at loggerheads” and that reduces profits for everybody involved in marketing potatoes, the report says.

The two groups – one growing under contracts for processors, the other selling to consumers – have been joined since 1999 in a single marketing board, but with distinct committees. They will be holding their annual meeting at the Cambridge Holiday Inn on Wednesday.

While the industry is pushing these 10-pound bags into the market, consumers are shopping for specific needs and often end up disappointed.

Two surveys, one of 218 consumers, the other of 835, found that shoppers could be segregated into three groups. The largest, accounting for 39 per cent of shoppers, are older, better educated, are “time-starved” and more affluent than the average; they are more willing to pay a premium for potatoes that are unique, interesting and good for health.

The second-largest segment, accounting for 31 per cent of shoppers, is relatively young mothers with children at home, pressed for time and looking for convenience.

The smallest segment, 14 per cent, is keenly interested in health and wellness.

The report recommends a pilot project to test the effectiveness of point-of-sale promotion. This picks up on campaigning in Australia that involves attractive recipe displays where potatoes are being sold.

It says communications need to improve among those involved in the marketing chain, including between the two groups of potato growers.

People involved in growing and marketing potatoes would benefit from training to improve quality management and marketing, the report says.

It also recommends a pilot project in value chain management so those involved in growing and marketing potatoes can learn how to improve. There are opportunities to reduce costs and increase revenues, the report says.

One example if evening out the year-long flow of potatoes through packing houses. They are typically busy during and right after harvest, but sit partly idled the rest of the year.

The study was funded by the federal government through its Agricultural Adaptation Program and by the marketing board.
by Jim Romahn