Chobani may be pulling out of Canada 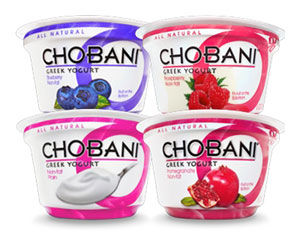 Earlier this year Chobani won a court challenge filed by competitors trying to cancel the lower tariff rate Canadian authorities granted for its products made in New York State for test marketing in Canada, mainly with Loblaws, the largest supermarket company.

Meanwhile Chobani opened another new 950,000-square-foot plant in Idaho. The plans for Idaho and Canada were announced at the same time two years ago.

The Idaho plant has capacity to produce 4.2 million cases per week. Idaho is, coincidentally, rapidly expanding milk production both through new dairy farms and expansions of existing ones.

Ontario’s milk production has been stalled and existing dairies, represented by the Ontario Dairy Council, have fought the entry of any competitors. The Ontario government and the farmers’ marketing board have, however, been supportive of Chobani and other newcomers.

There has always been a question of whether, under supply management, there would be enough milk to service a large Chobani plant. There is also considerable rivalry between Ontario and Quebec, the two adjacent and dominant dairy-producing provinces in Canada.
by Jim Romahn