Saputo is renaming an 80-year-old name for an Australian cheese it makes because COON is racist. The new name is Cheer. 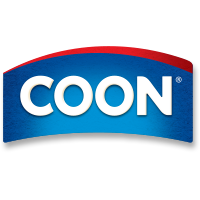 Company chief executive officer Lino Saputo in Montreal said "the name Cheer has the significance of pleasure and joy.”

He said it took six months to settle on the new name.

The cheese got its name from American pioneering cheese maker Edward William Coon who patented a ripening process in the 1920s.