Pierre Lampron of Qiebec survived a challenge by Bonnie Den Haan of Ontario to be re-elected to his third term as president of Dairy Farmers of Canada.

Lampron is a sixth-generation dairy farmer who runs an organic operation with his brothers and son at Mauricie. He has been a director of the Quebec milk marketing board since 2000.

“It has been an honour and a privilege to serve as president of DFC’s board for the last four years,” Lampron said, “and I look forward to continuing this important work on behalf of dairy farmers in my final term.”

“I want to recognize my colleague Bonnie Den Haan for her campaign,” he said. “All those who commit to representing the interests of our dairy farmers at the regional, provincial or national levels deserve our gratitude.”

Dairy Farmers of Canada’s 2021 Board of Directors: 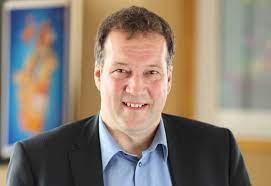