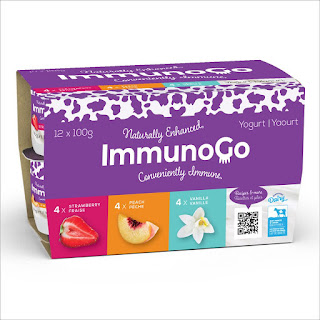 Nine students from the University of Guelph have won the student competition organized by the Canadian Agri-Marketing Association.

They came up with yogourt that enhances immunity.

ImmunoGo, is made from milk from cows genetically selected for producing milk with more antibodies.

The team consulted with Semex to determine the feasibility of their idea and with a dairy to determine how it could be made.

The nine students did the project online and only met once – to take their picture.

Faith Fullerton said faculty advisor Dr. Mike Von Massow, an associate professor in the department of Food, Agriculture and Resource Economics, helped coached the team to develop and practice every possible question they could face from the judges’ panel weeks before the competition, held April 20-22.

“This really differentiated us from the competition,” says Fullerton.

There were 23 teams competing for the prize. This is the first win for the University of Guelph in 20 years. 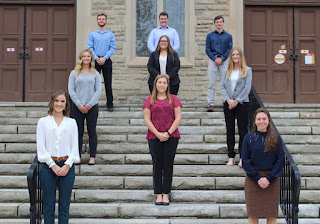 The team members are:

Fullerton who is a fourth-year student pursuing a Bachelor of Commerce degree in Food and Agricultural Business.

Joe Rastapkevicius who is a second-year Bachelor of Science student.

Janelle Gras , a fourth-year Bachelor of Science in Agriculture student.

Liam Bracken, a fourth-year Bachelor of Science in Agriculture student.

Hannah McMullin, a fourth-year student in the Bachelor of Commerce, Food and Agricultural Business program.