Canada has been invited to join the Trans-Pacific Partnership trade talks. 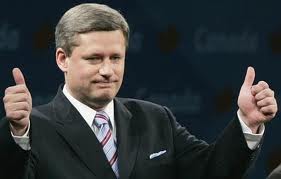 The invitation was greeted with applause from the Canadian Cattlemen’s Association and the Canadian Meat Council. Both said it will improve export opportunities.

Supply management for dairy and poultry farmers has been a contentious issue because New Zealand and the United States insisted Canada must be willing to make concessions.

Industry Minister Christian Paradis told reporters before question period today that "we always said that we stand by supply management."
In the House of Commons, Gerald Keddy, parliamentary secretary to the trade minister, said during question period "we did not give away anything to get to the table."
Prime Minister Stephen Harper, who made the announcement in Mexico where he is attending a G-20 meeting, said nothing about supply management – whether it is on the negotiating agenda or whether he’s going to refuse to make concessions on it.
Negotiators worked hard behind the scenes, mainly to convince the United States, to get an invitation. Mexico was invited in on Monday, but apparently the negotiators needed to deal with some more issues to get Canada’s invitation.
The Canadian Cattlemen’s Association noted that whether or not Japan gets in invitation, it’s good news that the two recently agreed to direct trade negotiaions.
Harper’s team is also working to reduce trade barriers with India and China.
The Canadian Meat Council noted that 10 of the 11 countries now involved in the TPP negotiations are customers buying Canadian meat.
by Jim Romahn