Seguin challenges industry to speak up


Bob Seguin, executive director of the George Morris Centre, is challenging the agriculture industry to speak up now that the federal government is ready to undertake massive regulatory reform. 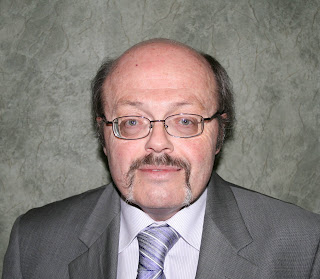 Seguin, who for years was the lead policy advisor at the Ontario Ministry of Agriculture, Food and Rural Affairs, notes that farm and food-processing-sector leaders have complained long and loud about a stifling regulatory burden.

It’s also important that they are willing to react to the changes to realize efficiencies and to embrace innovation.

Among the federal changes are a number included in the massive, broad-ranging budget that has just passed House of Commons approval, the proposed Safe Food for Canadians Act, changes to meat inspection regulations, an end to government restrictions on container sizes and the joint U.S.-Canada Regulatory Co-operative Council which aims to harmonize regulations to facilitate trade.

It is a veritable “feast of regulatory reform,” he says in a commentary released this week. But it could all get stuck in the commentary stage if those who want regulatory burdens eased fail to come well prepared to press their points.

It presents a “unique opportunity to move increased innovation, cost reduction and self-regulation forward to the benefit of Canadian consumers, industry and governments,” he writes.
by Jim Romahn