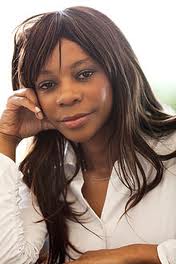 Dambisa Moyo says the countries that belong to the Organization for Economic Co-operation and Development spend $226 billion a year in agricultural subsidies.

The European Community is the biggest spender at $40 billion Euro (a Euro Is worth about $1.35 Canadian) a year. The United States spend $6 billion in 2010.

Moyo is an award-winning author of books such as Dead Aid which explains why government-to-government aid to African countries is not only wasteful, but counter-productive.

Her newest book is Winner Take All: China’s Race for Resources and What it Means for the World.

She says China is ahead of the upcoming shortages in energy and mineral resources, buying companies and mines in many nations around the world.

She also argues that China is no different from the United States when it comes to dealing with dictators with questionable ethics.
She says the farm subsidies show that Western capitalist nations are just as likely as communist China to fiddle with key components of their economies.
by Jim Romahn