A former Liberal MP, Martha Hall Findlay, has broken ranks to call for an end to supply management. 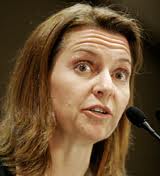 Until now, federal politicians have been unanimous in supporting supply management, but Hall Findlay says that was only because they feared the electoral clout of dairy and poultry farmers.

Now, she says, there are so few quota-holding farmers left that even if they vote in a solid block, they could only change the results in a few, if any, ridings.

“Even if such a worst-case scenario had happened in 2011 (dairy farmers voting in a solid block), we'd still have a Conservative majority," she said, speaking at a new conference convened by The School of Public Policy.

Hall Findlay said it’s “grossly unfair” that supply management has made it difficult for Canada to negotiate free-trade agreements that would benefit most Canadians.

She also claims that the number of dairy farms has declined by 91 per cent since national dairy-sector supply management began in 1971.