The University of Guelph has euthanized the 10 remaining Enviropigs, the 10th generation to be raised from a genetic transfer under the leadership of retired professor Cecil Forsberg.

The pigs have yet to receive government approvals in either the United States or Canada, surely one of the more foolish bureaucratic failures of modern times. 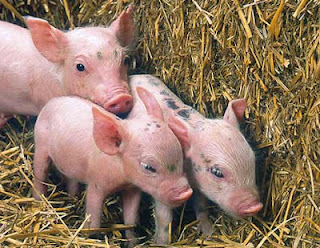 The pigs were engineered to produce phytase in their saliva so they could thrive on diets with less phosphorous and therefore would emit less phosphorous in their manure – a significant environmental gain because Great Lakes efforts to prevent algae blooms are based on reducing phosphorous content.

The province is spending billions on upgrading municipal sewage treatment plants to remove phosphorous and farmers are limiting phosphorous applications to their fields through the Nutrient Management Act and its regulations.

The Enviropig was at one time thought to be of particular interest to the Netherlands where manure is a huge environmental issue.

There were a number of offers to take the pigs, but the university turned them all down because it was held responsible for an onerous list of requirements to ensure security over the pigs. That, too, was another case of bureaucratic overkill.

Part of the reason for killing the pigs and the research was a lack of continued funding from the Ontario Pork marketing board.

Someday when the public comes to understand the benefits and risks involved in this type of genetic engineering, people will look back and laugh at our folly. It will be like our laughing at the people who were scared witless by electricity and radio waves.