Researchers have found that pig manure is fine for building asphalt highways.

It’s a cheaper and environmentally-friendlier ingredient than oil. 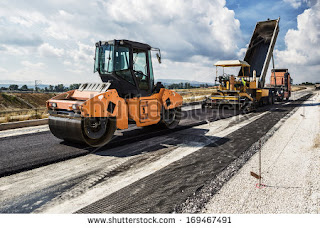 Researchers from North Carolina A&T State University discovered that swine waste is especially rich in oils very similar to petroleum, at a grade too low to make gasoline but suitable for asphalt.

With funding from the National Science Foundation, the group developed a process that turns the waste into a black crude – the sticky binder that can be used to make asphalt. The cost to process the manure oil is US$0.56 a gallon, which is much cheaper and greener than current petroleum binders.

"It is different from petroleum refinery, which distills crude oil to produce mainly fuel and leave the residue for asphalt," Ellie Fini, lead researcher and assistant says professor of civil engineering.

Hog-manure odours are filtered out during processing and the dry matter byproduct can be used as fertilizer.

Pavement made with hog manure is being tested under traffic conditions including a simulation of truck traffic making 20,000 passes over it.

The tests have so far been successful, passing Department of Transportation specifications, which led the group to form the company Bio-Adhesives to scale up their research.

"We think it's scalable and cost-wise it's profitable," says Fini.
"Our vision is to help the farmer and help the construction industry, both sides. We see a win-win approach in the solution."

"We generate 43 billion gallons of swine manure in the world every year," says Daniel Oldham, graduate student researcher on the project, who adds that China produces 10 times the amount of pig manure as the U.S.

At the same time there are around 2.3 million miles of asphalt paved roads in U.S., with the cost of paving an urban two-lane road with traditional petroleum asphalt costing more than $800 per mile.
by Jim Romahn