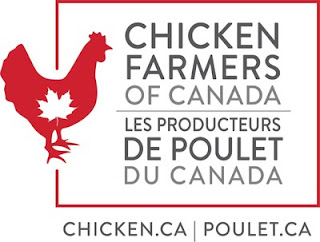 The national chicken marketing agency is challenging “all Canadians, be it at home with your families or chefs in their commercial kitchens to show off the diversity and versatility of chicken by cooking chicken as a dish reminiscent of their own cultural background, talk about who they are, where they're from, how their chicken dish holds a special place in their heart, and how chicken is an important part of their cultural heritage.”

Chicken Farmers of Canada is also partnering with the Canadian Culinary Federation to highlight how great Canadian chicken is and inviting chefs from all across the country to take "The Chicken Challenge"!

Canada's chicken sector sustains 101,900 jobs, contributes $8 billion to Canada's GDP, pays $1.9 billion in taxes, and purchases three million tons of feed, making it a stabilizing force in rural Canada, where farmers – reinvest with confidence in their businesses and communities.

Farmers also adhere to a strict, mandatory and auditable Raised by a Canadian Farmer Animal Care Program to ensure high animal care standards are being upheld on Canadian chicken farms across Canada. It is also third-party audited by NSF International, an internationally-recognized, third-party certification body, accredited by the American National Standards Institute, to ISO 17065.

Farmers are also committed to sustainability through innovation, by preserving the health of the land, providing value to Canada's economy, and making affordable food for Canadians.