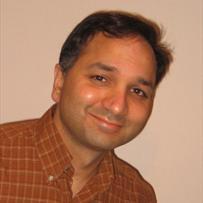 Manish Razaida of the University of Guelph said the federal government is rushing a plan to reduce nitrogen use without having a plan that would include financial incentives for farmers to adopt practices such as cover crops.

“I’m afraid when you rush things, without a serious plan in place… and proper funding in place, it’s going to cause some harm. That’s my fear,”  Raizada told the Western Producer magazine.

“I don’t want all of this to be on the back of farmers, (where) they have to suddenly make changes,” he said.

The goal is a target,  not mandatory. .

“Nitrous oxide emissions are very damaging for the atmosphere. Even the ozone layer. We have to reduce it, as quickly as possible,” he said. “But I’m not convinced this government is serious about this.”

The 30 percent cut might be possible in 10 to 15 years, but only with a thoughtful plan and a “historic” investment of cash on the table, Raizada said.

“Serious, direct money…. Pay for it.”

For instance, if the government wants farmers to grow cover crops, the feds should pay farmers a specific rate per acre, he said.