United States president Joe Biden said he wants to see more competition in industries that are dominated by a few huge corporations, including meat packing and pharmaceuticals.

His announcement came the same day that Tyson agreed to pay $1.75 million to settle a lawsuit accusing the dominant packers of rigging the market. There have been several similar announcements of multi-million-dollar settlements by those accused of price-fixing chicken and pork prices.

Biden is using executive orders to make changes, meaning he doesn’t need action from politicians in the House of Representatives and Senate.

His orders address many aspects of the meat industry, from producer lawsuits, to labeling, to market access.

According to a White House fact sheet, the intent of the orders is to “empower family farmers and increase their incomes by strengthening the Department of Agriculture’s tools to stop the abusive practices of some meat processors.” 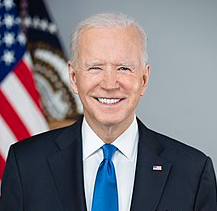 The three executive orders will:

1.  Direct the United States Department of Agriculture (USDA) to “consider issuing new rules under the Packers and Stockyards Act,” which will make it easier for farmers to bring and win claims, adopt anti-retaliation protections for whistleblowers, and in the words of the order, stop “chicken processors from exploiting and underpaying chicken farmers.”

2. Direct the USDA to consider new rules for what meats qualify for “Product of USA” labeling, to cut down on meat imports using such labels. Under existing regulations, live animals and sometimes even carcasses can be imported and if they are processed in the U.S., can qualify for a label identifying them as Product of USA.

3. Direct the USDA to boost market opportunities for producers, including “supporting alternative food distribution systems like farmers markets and developing standards and labels so that consumers can choose to buy products that treat farmers fairly.”

The fact sheet stressed that the executive orders are in response to market consolidation in agriculture.

The White House said that “overall, farmers’ and ranchers’ share of each dollar spent on food has been declining for decades. In short, family farmers and ranchers are getting less, consumers are paying more, and the big conglomerates in the middle are taking the difference.”