Stan Eby to be added to Hall of Fame

Stan Eby, who was president of the Ontario Cattlemen’s Association during the Walkerton water crisis, is being inducted into the Canadian Agriculture Hall of Fame Nov. 21 in Winnipeg. 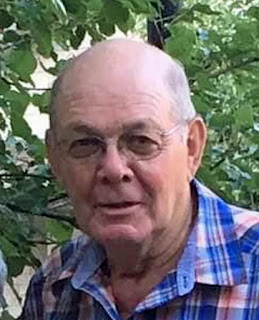 He was also in charge when Bovine Spongiform Encephalopathy halted beef and cattle exports and dropped the beef industry into the cellar.

He is one of five who have been chosen.

The others are Gordon Bacon, Don Buckingham, Johanna Ross and Phil Williams.

“This year’s inductees have all had a major impact on Canadian agriculture,” said Trish Jordan, president of the Canadian Agricultural Hall of Fame.

Gordon Bacon received the award for his work in Canada’s pulse sector. He was the chief executive officer of Pulse Canada, starting in 1997.

Through more than 20 years there, Canada became the world’s largest exporter of pulses. Bacon kept the importance of sustainability in the food markets and brought farmers, processors and exporters together by helping merge Pulse Canada with Canadian Special Crops Association.

Bacon also had a hand in pushing for the United Nations declaration for 2016 to be the International Year of the Pulses, as well as for annual World Pulse Day.

Don Buckingham is a professor, researcher, advocate, and author with a history in law.

Throughout his career, Buckingham has spent his time building a strong legal structure of Canada’s agri-food system. He taught agricultural law at three Canadian universities.

He identified and advocated for policy and regulatory advancements to impact the industry. He was the chief executive officer of the Canadian Agri-Food Policy Institute from 2017-20.

Johanne Ross is the executive director of Agriculture in the Classroom Canada, and has spent her career teaching children about agriculture and helping teachers educate the children, combatting misinformation.

She has worked with Agriculture in the Classroom for more than 20 years, being an advocate for youth and the education of agriculture.

Through his work there and his near infrared technology (NIRS), immediate testing for Canadian western red spring wheat proteins was made available at grain terminals, and has been used in Canada since 1976.

Once he retired, he continued to use the technology to measure liquid hog manure composition that eliminated sampling and enabled mapping of the distribution of manure constituents.