Carbon neutral milk is on the market in Portland, Oregon. 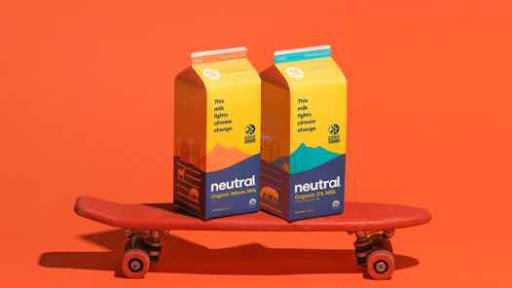 What it can’t achieve through management, it makes up by purchasing carbon credits.

“Because consumers are buying this milk, we’re investing directly in dairy farms on climate reduction technologies and projects,” said Marcus Lovell Smith, chief executive officer of Neutral, which claims to be the first carbon-neutral food brand in the United States.

Some of its investment money is coming from Breakthrough Energy Ventures founded by Microsoft billionaire Bill Gates.

The company worked with researchers to study the carbon footprint of dairy, from the fertilizer used to grow cattle feed, to the methane in burps, farts and manure.

It included emissions from delivery trucks and bottling plants and even what happens to empty milk cartons.

It pays dairy farmers for interventions that farmers otherwise might not be able to afford.

Earlier this fall, the company worked with three family-owned dairy farms in Oregon to seed pastures with a mix of plants that are rich in tannins; they can help reduce methane.

The company is also working with farmers to install new systems for managing manure, another source of methane. On some farms, it plans to plant trees on pastures to help offset some emissions.

Other solutions, such as seaweed feed additives, are being considered for the future. “We have a pretty technology-agnostic approach,” said Smith.

To offset remaining emissions, the brand buys certified offsets from other parts of the dairy industry, including larger dairies that use methane digesters.

The company may also invest in “regenerative” agriculture solutions that may sequester carbon in soil on farms, such as planting cover crops, though Smith says that more research is needed to understand exactly how much carbon those techniques can sequester and how long it stays underground.

The company plans to later sell carbon-neutral versions of other types of food, but wanted to begin with dairy because of its importance in terms of the climate.

“We started in dairy because it has a big footprint,” Smith said, and 97 per cent of households buy milk.