Réjean Nadeau, president and chief executive officer of Olymel, has died of a sudden and virulent cancer. He was 71.

Olymel, owned by Sollio Cooperative Group, is one of Canada’s largest pork and poultry processing companies.

In less than 20 years, Réjean Nadeau spearheaded an expansion that has given Olymel an active presence in Quebec, Ontario, New Brunswick, Saskatchewan and Alberta.

He has served on several boards of directors and is also involved with many charities.

Under his leadership, the company has also garnered numerous awards for its products and the originality of its marketing, as well as for its management of human resources. 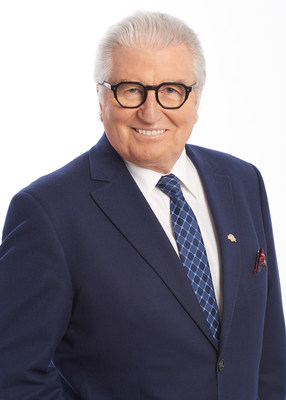 In November 2013, Nadeau was inducted into the Association des détaillants en alimentation (ADA) Hall of Fame for lifetime achievement.

In 2016 he was awarded the Prix Hommage Grand Bâtisseur Desjardins for his entrepreneurial and leadership qualities in the agri-food processing sector.

Just before he died, he sent a note to employees asking them all “to continue on the path of growth, always keeping in mind the values on which the company was founded: integrity, respect and trust.

"Pay attention to your colleagues, smile, question your attitude and your way of leading, and be open to change: at times it will be technological and will push our business model to evolve; you will see our old face-to-face model become hybrid; at times the path of growth and development will send shockwaves through the organization, and in the end, management will experience a new boom under new leadership.

“These are all challenges that I know you are capable of meeting, like a tight-knit family," he wrote.